In Memory of Chris Hendrickson

In Memory of Chris Hendrickson 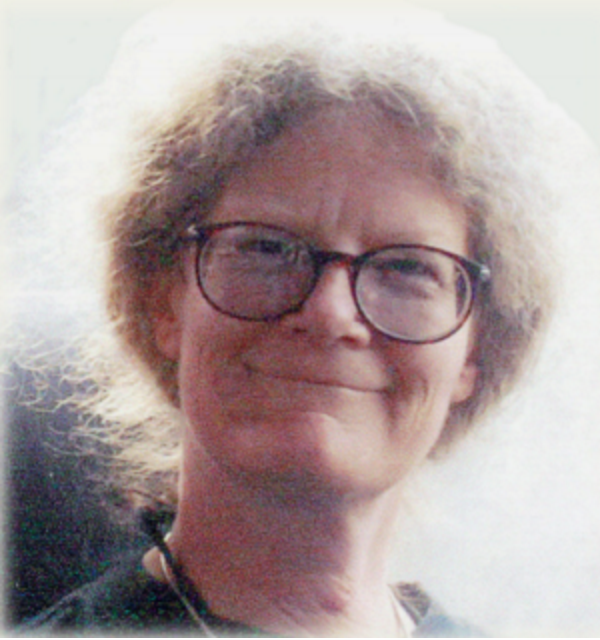 As the second of three daughters born to Mike & Emily Hendrickson, Chris was a multi-faceted person, and each facet reflected a complete and full life. She spent her childhood in Denver, Colorado, where she graduated in 1967 from Thomas Jefferson High School. At the University of Colorado in Boulder, where she earned a BA in Psychology in 1971, she found the community where she would want to spend the rest of her life.

As a young girl, Chris was interested in collecting rocks, the country of Germany and the game of chess. She did very well in school, but did not strive to fit in socially. She followed to the beat of her own drummer, but did very well academically. Chris would always befriend other people who were not part of the “in” crowd, and was fiercely loyal to her friends. Chris was definitely a child of the 60’s, and embraced the hippie culture, where she found she fit in very well.

Somewhere, Chris is surely smiling about Colorado’s legalization of marijuana. It may then seem odd that one of her jobs as a teenager was as an usher at the upscale Cooper Cinerama Theatre in Denver, where she wore the uniform of a black dress with pearls and a flashlight she used as she ushered customers to their seats in the reserved-seat movie theater. While Chris did not want to follow the crowd in life, she could “play the part” when she so desired.

Her junior year abroad during college was spent in Regensburg, Germany where she found she had the ability to learn many different languages. While in Europe, she traveled extensively during school vacations and sometimes would sell her art work on the streets of Paris. While she preferred to draw portraits, she was also very good at drawing landscapes. The fortunate people who received one of her hand-drawn birthday or holiday cards know that she always included artwork about the events of the year, or something personal about the person to whom the card was sent.

In 1978, Chris began her work at Norlin Library on the campus of the University of Colorado, where she loved her work, staying there until she retired in 2005. Her skills in many languages were very helpful to her in the card catalog department at the library where she helped process foreign language books. Chess provided many opportunities for Chris to excel as she eventually was ranked as the top woman chess player in the US. She created a comic book, “Chessman”, which allowed an outlet for her art talents. Chris had many strong friendships in the chess community, and she always enjoyed a good game.

Philanthropy was a big part of Chris’s character, as she had a strong belief in helping people who may have fallen through the cracks of life. A good example of this is the chess program for prisoners at the Colorado State Prison which she founded, teaching the game to inmates, then playing chess games with them via post card. Post cards would arrive in her mailbox with a prisoner’s latest move in a game with her, and she made sure she replied that very day with her next move.

She was a huge fan of CU football and also followed the Broncos. For decades, she aWended the CU games with her father, Mike Hendrickson. It was a great bond for both of them. Another great love Chris had was for very, very old books. She enjoyed going to used book stores to search for books from centuries past. Chris even found one that appears to have come from the 15th century.

Chris was a card-holding member of the MENSA Society. Although she was extremely intelligent, she could carry on a conversation with most any person she met. A strong affection for animals is another facet of Chris, and she loved her cats as though they were her children. She became a Buddhist and embraced the philosophy of respect for the sanctity of life. Chris travelled to France and Australia to a Wend convention for fans of “The Highlander”, a television program that she enjoyed tremendously. As was her way, she made many close friends from all over the world that she would see at these conventions. When Chris purchased the land for the home that she designed herself, she knew she had found her perfect place.

The mountains behind Boulder were very special to her, and she put her heart and soul into the home she had built. It had amazing views of the surrounding area, and she could even see the lights of Boulder from her home at night. Her beloved land in the hills above Boulder, however, was not the only land Chris owned.

She also owned an acre of land on Mars, and was a charter member of the Mars Society. Chris was planning to be one of the first people to go to Mars, and the Mars rovers held a fascination for her. Chris was always dedicated to her community, so it is not surprising that she joined the Four Mile Volunteer Fire Department. She was proud to be accepted, and worked hard to make sure that she was physically fit so she could perform her job well.

The mountain community was her home, and she wanted to protect it. The depth of her commitment to the community is evidenced by her gift of her home to the Four Mile Fire Department. She wanted to make sure that the gift had no strings attached to it. She spoke of the possibility that her home would make a useful ranger station, or that her home could be sold to pay for a new fire truck, but she made no such stipulation in her gift. This new fire station would make Chris extremely happy, because it will be used to protect the beautiful mountain community which accepted her as she was, and allowed her to feel at home and live her life as she wished. The many facets of Chris’s life reflect the broad diversity of her interests. She was truly a renaissance person.

Thank you Chris. We miss you.

One thought on “In Memory of Chris Hendrickson”