History of the Poorman Station Property

History of the Poorman Station Property 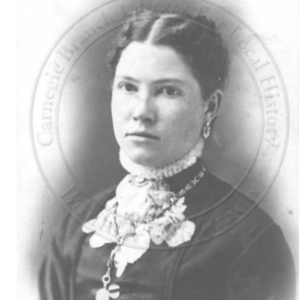 Early history of Langdell at the base of Poorman Hill

Clem Thomas claimed the Clem Thomas Placer in March 1873. The lower end was close to where the Gordon-McHenry Road, from Sunshine Canyon Road, crossed Four Mile Creek. Thomas prospected far up Four Mile Canyon, and filed many Location Certificates, but he settled his family on this placer claim closest to Boulder where his wife gave birth to the first child in Four Mile Canyon. The little girl died on August 18, 1874, ten days before her first birthday. The Thomas family moved out of the canyon, and their property was owned by Abraham Kent, and then Thomas Danford.

In October, 1878, John Langdell bought the house on the Clem Thomas Placer Claim from Danford for seventy dollars. Just up the Gordon-McHenry Road there was a lot of mining activity at the Pride of the Mountain, Chingis Khan, and Poor Man’s Relief mines. But, the hub of this active community was Langdell’s house near Four Mile Creek. It was often used to describe a traveler’s location, and soon their name became the name of the settlement for most news reporters, but not everyone. The Orodelfan School District No. 33 included the families at Langdell, and as a result they were occasionally described as living in that town. In 1881, the News and Courier wrote:

“Mr. Langdell of Orodelfan had mountain grass on his premises at Four Mile on the first day of May, nineteen inches high. Drive your stock up this way gentlemen.”

In 1878, John Langdell and his son Perley located the Gold Medal lode and mill site, and in 1881 they formed the Gold Medal Mining and Milling Company. According to a December 1882 Herald article, John Langdell was “working a large force of men on his Gold Medal mine, with flattering results.” The track for the new Greeley, Salt Lake, and Pacific Railroad was laid through Langdell at the time of this Herald article, and the following spring the narrow gauge train was regularly passing through the camp on its way to Sunset.

No documentation has been found that anyone successfully operated a mill on the Gold Medal mill site, but the first man who may have tried was Samuel G. Morrison. Born in 1817, he was a Pennsylvania lawyer, but “being by nature inclined toward scientific study, he did not devote himself closely to the law, and the last fifteen years of his life were devoted to the study of geology, chemistry and metallurgy.” On March 11, 1885, the Herald reported his death and the only known reference to the possibility of a mill:

“S. G. Morrison who went by the name of Prof. Morrison, died suddenly last evening near Langdell’s place on Four Mile Creek. The Prof. came to Boulder a few years ago from Pittsburgh, Pennsylvania and was fully convinced he had solved the question of treating low grade tellurium ore. The failure of his process almost broke his heart. Of late, we understand he has been devoting some of his time to making medicines from mountain sage. He has a son in Denver.”

Yet when Morrison died near “Langdell’s place”, the original Langdell Boarding House was gone. On November 17, 1884, a fire from a heating stove had destroyed the structure.

John and Lucy B. Langdell were both born in New Hampshire, and arrived in Four Mile Canyon as early as May 1875, with their two teenage children, Perley and Clara, and Lucy’s parents, Perley and Hannah B. Martin. They came by way of Iowa, where John had worked a farm for many years.

John and his son Perley filed seven Location Certificates for mining claims between May 1875 and June 1882, but only the Gold Medal mine was patented. In December 1882, the Herald reported that John was making some money at his Gold Medal mine, and it was just in time. Langdell’s $4.53 property tax for 1881 was “collected by distress” in September 1882. Shortly after the article about his mining success, Langdell paid his 1882 taxes early.

In August 1880, eighteen-year-old Clara Langdell married William C. Minger (an assayer at the Golden Smelting Works) at the Langdell boarding house. Four years later, in November 1884, the house and much of the family’s belongings were destroyed by a fire. The Langdell name no longer appeared on the County Tax Rolls. By 1892, Pearley, a former University of Colorado student, was “a prominent citizen” of Idaho Springs, while Clara and her children lived in Georgetown. John and Lucy Langdell moved to Denver, where John, at 73, still listed his occupation as “gold-silver miner” on the 1900 Federal Census. Thirteen years after the Langdell home burned and the family left the canyon, the Herald still remembered their name:

“The heavy rain and hail Saturday afternoon fell principally on the hill of the Sunshine Road and Bald Mountain near Jones’ ranch, and came down Thomas Gulch past the old Langdell place into Four Mile creek.

By 1910, Clara Langdell Minger was operating a restaurant in Malibu, California. The youngest of her three sons became a motion picture actor in the 1930s. Harold Minjir (he changed the spelling) appeared as a supporting actor in at least fifty-eight films until the mid-1940s. His first major screen credit was in the 1932 film Tomorrow and Tomorrow.

In December 1904, Chester W. Knox bought the Gold Medal lode and mill site that had been located by Perley and John Langdell in the 1870s. In August 1905, Knox began construction of a cyanide mill at the foot of Poor Man Hill for his new business, the Boulder Consolidated Mining and Milling Company. But, the mill was not to be. The Camera reported the following news on November 16, 1905:

“The mill that had nearly been completed by the Boulder Consolidated Mining and Milling company and which is located on the west slope of Poorman hill, near Langdell, burned last night. The owners who are represented by C.W. Knox, the Boulder machinery man, say the loss is total and that all signs point to incendiary origin of the fire. Sheriff Bartell has gone to the scene to investigate.

“The mill had been all finished save for the installation of the roasters and vats. It was a small but finely built mill for cyanide treatment of the ore from the Gold Medal and other mines of the district made famous by the Ghengis Khan. Mr. Knox says that he and an eastern friend are chiefly interested and had spent $7,000 on the mill. Insurance amounts to $3500. The mill will be rebuilt.”

Undaunted, Knox bought the old Coburn Mill in Boulder Canyon, where Ritchey’s ore was once processed, and in May 1906, he hired men to dismantle the mill and haul it to the site of his burned mill. J. S. Chambers superintended construction and five Colorado & Northwestern railroad cars delivered 80,000 feet of lumber to the site.